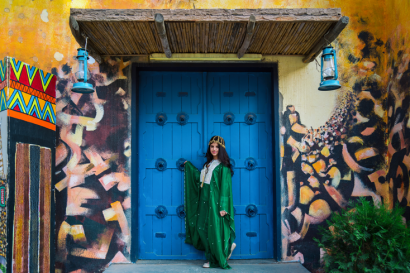 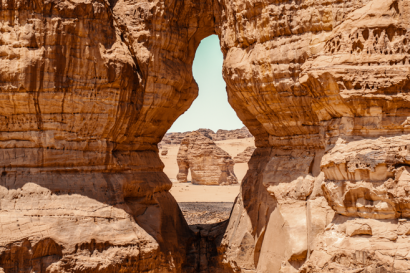 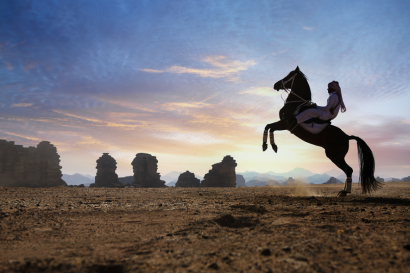 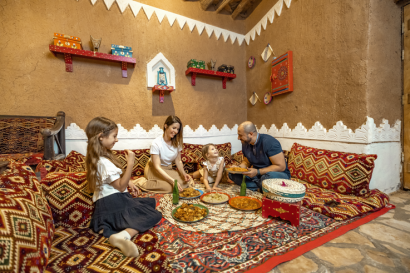 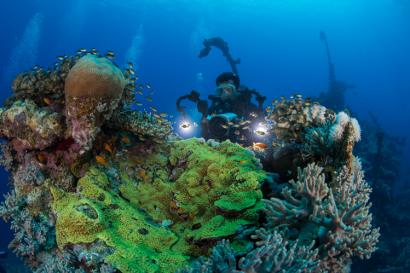 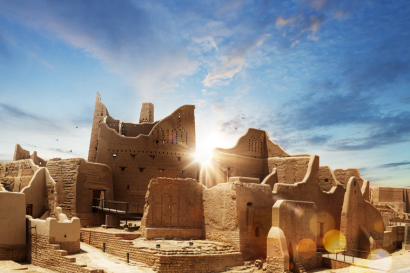 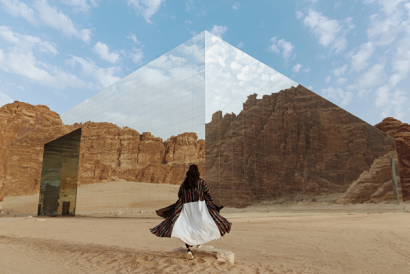 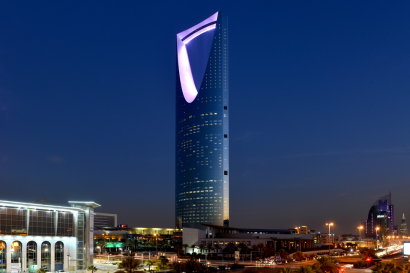 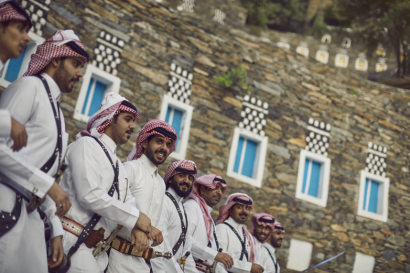 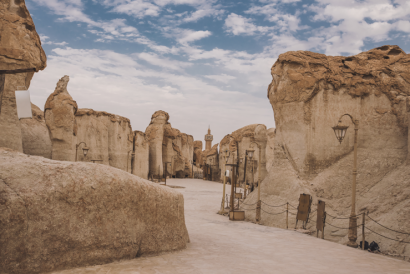 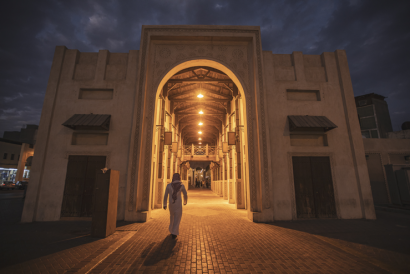 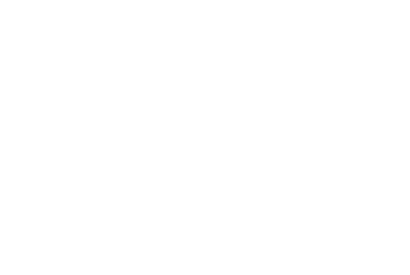 The Kingdom of Saudi Arabia is the largest country in the Middle East, and fourth most populous in the MENA region with its 2020 population estimated at approximately 35 million people. 80 % of Saudis live in ten major urban centers – Riyadh, Jeddah, Makkah, Medina, Hofuf, Taif, Khobar, Yanbu, Dhahran, Dammam.
The country is also home to a large community of expatriate residents, including those from Western markets, India and Asia who live in the cities of Riyadh, Jeddah, Yanbu and Dhahran.
Saudi Arabia is divided into 13 administrative regions, or Provinces, each characterised by their own unique traditions and cultures. The Kingdom is home to the Makkah Region, Riyadh Region, Eastern Province, Asir Region, Jizan Region, Medina Region, Qasim Region, Tabuk Region, Hail Region, Najran Region, Al Jouf Region, Al Baha Region, and the Northern Borders Region. Islam is the state religion in Saudi Arabia and the country is home to the two holiest cities in Islam, Makkah and Medina. Each year, the country attracts millions of Muslims who perform the annual Islamic Hajj pilgrimage. Non-Muslims are not allowed to enter the cities of Makkah and Medina.
In September 2019, Saudi Arabia opened its doors to leisure tourists from around the world. This historic milestone is a key step in the implementation of Vision 2030, the Kingdom’s economic diversification program, aiming to connect Saudi to the world, build bridges between cultures and create prosperity for the future.

Desert Adventures
Part of what’s special about the Arabian Peninsula — and specifically Saudi — is its desert. In fact, Saudi Arabia is home to the largest sand desert on earth. From adrenalinepacked excursions like dune bashing and sandboarding to more serene, history-inspired activities such as camel riding and Arabian camping, the desert in Saudi serves as a canvas for more than just adventure travelers. Dune bashing – Camel riding – Arabian camping.

Hiking Adventures
Saudi’s diverse topography is a delight for hiking enthusiasts. With striking lookout points atop cliffs and an oasis in the desert,
there are plenty of adventures to embark upon on foot. Edge of the World – Al Ahsa Oasis – Jabal Abyad.

Water Adventures
Saudi is bordered by the Red Sea to the west and the Arabian Gulf to the east — making an adventure on or in the water an ideal way to explore. Red Sea Scuba Diving and Snorkeling – Visiting a Desert Lake – Exploring on boats and cruises.

While Saudi is home to the holy cities of Makkah and Medina, a pilgrimage route around the country doesn’t have to stop there. Travelers can venture to other holy — and less crowded — spots to enjoy the mosques’ calm atmosphere or pray in peace and to check out other sites of historical significance. Makkah and parts of Medina are accessible only to Muslims; however, other architecturally noteworthy mosques and historic sites across the country are accessible and can provide a firsthand glimpse into the intriguing religious roots of Saudi. Al Rajhi Mosque – Al Rajhi Grand Mosque – Al Rahma Mosque.

With such a rich history, it’s no surprise that Saudi is home to a plethora of museums, castles and cultural institutions around the country. Visitors can immerse themselves in exhibitions and displays that not only highlight the ancient past but also bring to light more contemporary works by local and international artists. The National Museum in Riyadh – The Antiquities Museum – King Abdulaziz Center for World Culture.

Whether you are sailing the crystalline waters of the Saudi Red Sea, exploring one the country’s many national parks or hiking through the green hills of Al Baha, Saudi will surprise and delight you with a wealth of natural treasures. From seas teeming with exotic fish, rare marine animals and thriving corals to lush oases, verdant farmlands and even desert areas that are rich with life and raw natural beauty, Saudi is a kaleidoscope of unique natural experiences.

Desert
Saudi is made up of a predominantly desert landscape, with desert tourism possible over three seasons of the year and varying from region to region. The desert experience is the perfect starting place to discover the culture, customs and nomadic way of life. Empty Quarter – Hail – Al Jouf – AlUla

Mountains
Saudi has no shortage of mountainous landscapes and breathtaking views. From the highland region of Asir, known for its abundance of heritage sites and outdoor thrills to the north-western city of Tabuk, perfect for travelers looking for old ruins to inspect and new places to explore, there is something for everyone. Asir – Tabuk – Taif

Experience a land where the past comes to life. From the labyrinthine streets of ancient cities, to the intricate rock carvings of early civilizations, the kingdom’s rich history is written large across the landscape. When you explore the ancient ruins and rock-carven tombs of Nabatean Hegra or walk the narrow winding streets of Al-Turaif, surrounded by beautiful Najd architecture, you are opening a doorway into Saudi’s rich and fascinating history.
Since the days of antiquity, Saudi has occupied a pivotal position at the crossroads of Asia, Africa and Europe. Today, there are more than 11,000 archaeological sites throughout the Kingdom, telling the story of the civilizations that lived over the years. The Kingdom of Saudi Arabia is proud to have five UNESCO World Heritage Sites.
• Al Ahsa Oasis
• Al-Hijr Archaeological Site (Hegra)
• Al-Turaif District in Diriyah
• Historic Jeddah
• Rock art in the Hail region
• Hima Cultural Area

Saudi culture is as rich as it is diverse. Visit the Kingdom’s many mosques and traditional markets to experience a rhythm of life that has little changed over the centuries. Explore the different regions to experience the multicultural variety of foods, lifestyles and customs. And, for a taste of modern Saudi, don’t miss the urban districts and entertainment centers where people meet to shop, dine or just spend time with friends. From traditional dances and handicrafts to gleaming skyscrapers and thriving cities, Saudi is a destination in which history and modernity are inextricably linked and endlessly beguiling.

Traditional Saudi cuisines use fragrant spices and the freshest of local ingredients inspired by the trading heritage of the country. The different types of food are largely tied to the terrain, with many traditional dishes reflecting the ancient trade caravans and nomadic lifestyles of desert dwellers. To this day, while dates and aromatic coffee are central to the culture of hospitality, there is a diversity and richness to cuisines across different regions to be explored.

Breakfast in Saudi
Kick off your day with a traditional Saudi breakfast. Opt for a classic, simple spread, such as flatbread, cheese and date jam, or try the savory shakshuka or the sweet Saudi banana masoub.

Lunch in Saudi
In Middle Eastern culture, lunch is the main meal of the day, with a cold, liquid yogurt called laban traditionally consumed at lunch (especially in central Saudi Arabia). In addition to drinking laban, midday is the ideal time to try some of Saudi’s most popular entrees, including its national dish: kabsa.

Dinner in Saudi
Traditionally, dinner is a lighter meal, however with both men and women working, and workdays getting longer, dinner is becoming more like lunch with the two most traditional dishes to finish off the day being areesh (also known as harees) and thareed.

Dessert in Saudi
In Saudi, there is a wide variety of traditional sweets, from pastries to buttermilk cookies.

Coffee
Arabian coffee —or qahwa, as it is known in Saudi Arabia — generally (though not always!) refers to coffee made of arabica beans. Although it’s often compared to Turkish coffee, Arabian coffee is known less for its thickness as it is for its richness in taste because of the use of spices and the manner in which it’s served.

Red Sea Project
The Red Sea will be an exquisite sanctuary offering indulgent experiences, seamlessly customized to the unique needs of each visitor. Setting new standards in sustainable development, the Red Sea encompasses an archipelago of more than 90 pristine islands, miles of sweeping desert and dramatic landscapes that include volcanoes, and canyons. The Red Sea is the world’s most ambitious luxury tourism development, offering an exclusive experience of unparalleled diversity for discerning global travellers. Smart technology will deliver innovative, tailored services from the moment visitors begin to research their trip to the time they return home and for years to come.
The Red Sea will welcome its first guests by the end of 2022 and will attract 1 million overnight visits per year by 2030.

AMAALA
Opening in 2022, AMAALA will be an ultraluxury resort destination spanning three sites, a first for the region. Its pristine natural environment and temperate climate will provide a magnificent backdrop to premium facilities, diverse offerings and engaging experiences.
Hidden in plain sight on Saudi Arabia’s north western coast, AMAALA will be a place of self-transformation, inspired by the arts, wellness and the purity of the Red Sea.

Qiddiya
Qiddiya will be the capital of Entertainment, Sports and the Arts in Saudi, an integrated destination offering immersive experiences and memorable moments of delight. Qiddiya will be a place of inspiration, discovery and engagement for a youthful Saudi society to fulfil ambitions. Qiddiya is being built around five cornerstones: Parks & Attractions, Sports & Wellness, Motion & Mobility, Arts & Culture and Nature &
Environment and will be a place where Saudi youth can enjoy, appreciate, aspire, advance and nurture their potential and stimulate interest in new professional pathways that help build a stronger future. The first phase of Qiddiya’s master plan is scheduled to open in 2023, including the Six Flags Qiddiya park.