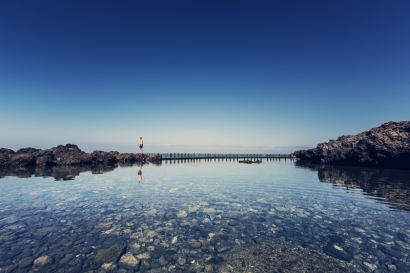 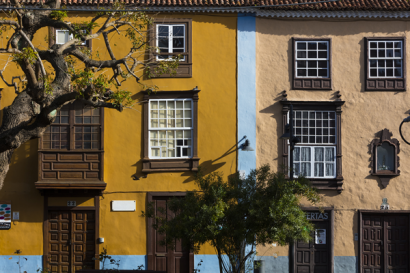 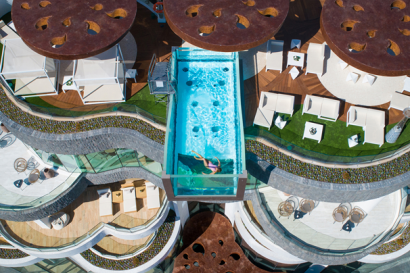 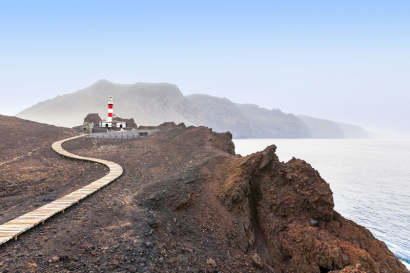 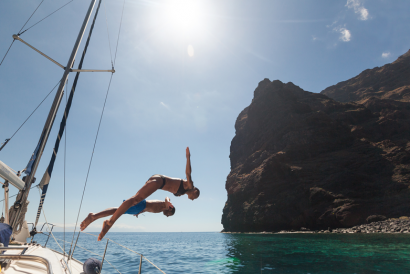 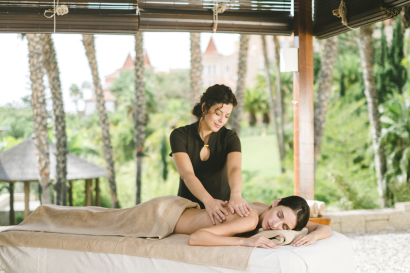 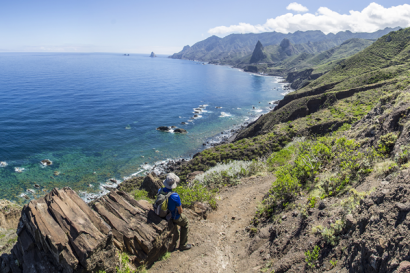 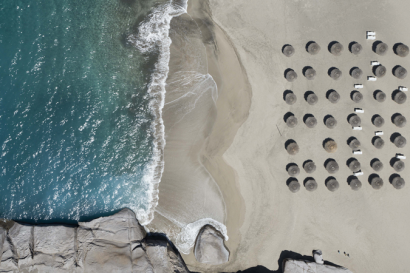 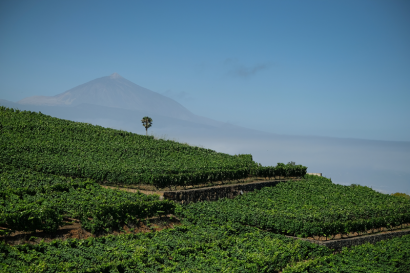 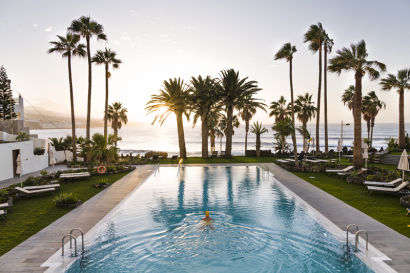 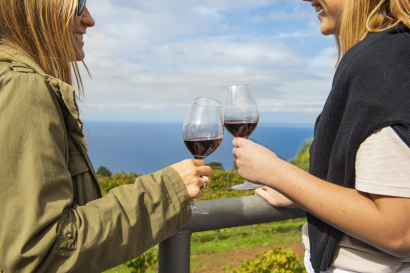 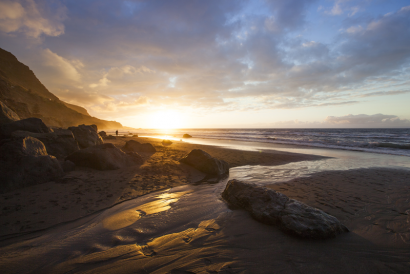 Tenerife, the largest island in the Canary Islands, is the island of eternal spring: it offers year-round pleasant temperatures, sunshine and a wide choice of unique activities and upscale establishments. Luxury and authenticity come together for a memorable vacation at only 4 hours flight from France.

You can easily get around this 2,034km2 island by renting a high-end car or by booking a limousine with driver.

You can take advantage of the 400km of coastline by renting a sailboat, watching whales during an outing, relaxing in the internationally recognized beach clubs, playing golf by the sea or flying over the island by helicopter.

We distinguish the north and the south, with a contrasting and protected nature. Cliffs, forests, parks, volcanoes are all varied environments that offer many unique experiences such as stargazing at the top of the Teide volcano, classified as a UNESCO World Heritage site.

Tenerife has two airports, Tenerife Sur and Tenerife Norte, allowing to reach more than 150 destinations in the world.
Tenerife can be reached quickly and easily from France with a 4-hour flight. Direct flights are offered by various airlines from Paris and from the most important cities in France.

The temperature is perfect in Tenerife, nicknamed the island of Eternal Spring. It is always mild and pleasant, with an annual average of 23°C and very little rain. The island has a wide variety of microclimates, so the sun is always present somewhere. In Tenerife you can swim and enjoy water activities all year round. Betting on the climate of Tenerife is a safe bet.

Turismo de Tenerife, the Tourism Board of Tenerife, has its own brand dedicated to luxury: Tenerife Select, which includes the most exclusive establishments on the island. This label represents Tenerife’s commitment to excellence. There is no shortage of four- and five-star hotels and luxury resorts in Tenerife but the offer is much more varied.

For those who wish to preserve their privacy, there is an incredible choice of villas. They are all very exclusive, with attention paid to every detail.
– 24-hour butler service
– Privacy
– Fine dining and gourmet experiences
– Private pools and gardens
– Incomparable setting
– Exclusive services and products
– Personalized services

Experiences in the Teide National Park
The Teide, the highest peak in Spain, rises to 3718 meters and has an impressive crater. The Teide National Park, classified by UNESCO, is a huge space made of lava and silence. You can reach the top of the mountain by cable car or hiking. Accommodation facilities are also available.

Stargazing
Tenerife is among the best locations in the world after Chile and Hawaii for sun and planet observation. Stargazing is done at Teide and is part of the European Stargazing Route.
Excursions from 3 to 8 hours are organized for couples and groups in private. The longest version allows you to admire the magnificent sunsets. It is possible to include transfers, dinner and a visit to the Tenerife Observatory. The sky from Teide is pure and full of stars.

Nautical experiences:
In Tenerife, water activities can be enjoyed all year round. Diving in the volcanic depths, learning to sail, practicing intense sports like surfing or windsurfing, or relaxing sports like paddle or canoeing, or simply lazing on the many beaches of golden or black volcanic sand, everything is possible in Tenerife.

One cannot fail to enjoy the natural benefits of a swim in the many natural pools of the island. Formed by volcanic lava that has spread to the sea, these pools are a unique place where you can enjoy the minerals.

The sea trips in the Atlantic on an elegant sailboat are always unique experiences. Enjoying a cocktail or lounging in the sun on the deck are part of the program. And to this exquisite moment we add a fascinating experience: the contemplation of whales and dolphins. They are very sociable and sometimes accompany the sailboats during the whole crossing. Due to Tenerife’s very good climate, it is possible to do this activity all year round as it is a 365-days destination.

Hiking
Tenerife offers more than 1,000 km of certified hiking trails in the heart of a rich, varied and protected nature. The landscapes are very contrasted: you can walk between the lava scenery of Teide, the steep canyons, the cliffs or the laurel forests. Almost half of Tenerife’s surface is protected. One of the most spectacular hikes is the 83 km section of the hiking trail that crosses the island from north to south. There are organizations that allow you to organize long hikes on the spot.

An island of culture to explore:
A visit of towns and villages’ historical centers starting with La Laguna, classified as a UNESCO World Heritage Site. With its narrow streets with colorful facades, its adorable stores, its cathedral and its museums, it is a must-see. Or La Orotava, a small colonial town with cobbled streets, flowered squares and convents. Tenerife has a great mix of architectural styles:

An extraordinary golf experience:
Tenerife has 8 golf courses, with unique layouts and a privileged location, as well as numerous services and specialized stores. Some of the golf courses were designed by emblematic figures of the golfing world such as Donald Steel, Severiano Ballesteros and Dave Thomas.

Several shopping centers offer the best and most famous brands as well as personal shopper services. In the Canary Islands, the tax applied to products is only 7% while it is 21% in Spain, which attracts many tourists to come and do their shopping in Tenerife.

Reason 7: Tenerife, the island of well-being

It is the perfect destination to be pampered and enjoy incomparable treatments, provided by great professionals in the Spas of high-end hotels:
– Innovative treatments in the most exclusive hotels with quality products:
– Treatments with volcanic stones are very typical, due to the volcanic character of the island.
– Seaweed wraps or rituals based on local wine, chocolate or gold, or local fruits.
– Thalassotherapy treatments and tours in the open air, 365 days a year.

Tenerife’s offer includes many establishments with different concepts: traditional and international cuisine, fusion cuisine, creative cuisine etc. Some of the great restaurants are located in hotels, but also in more surprising places, such as traditional wine cellars, a fishermen’s brotherhood, on the port or in the mountains. The island has 5 Michelin-starred restaurants with 6 Michelin stars, and 5 wine appellations of origin that can be tasted in the bodegas.

Reason 9: An ideal destination for Honeymoons

The people of Tenerife are smiling, welcoming and happy to share their island, their traditions, their carnivals and the local nightlife. The island offers many shows, festivals and casinos. The amusement parks also offer great entertainment for families. Tenerife has the most awarded and incredible theme parks in Europe.

Discover the exceptional landscapes of Tenerife in 360°!