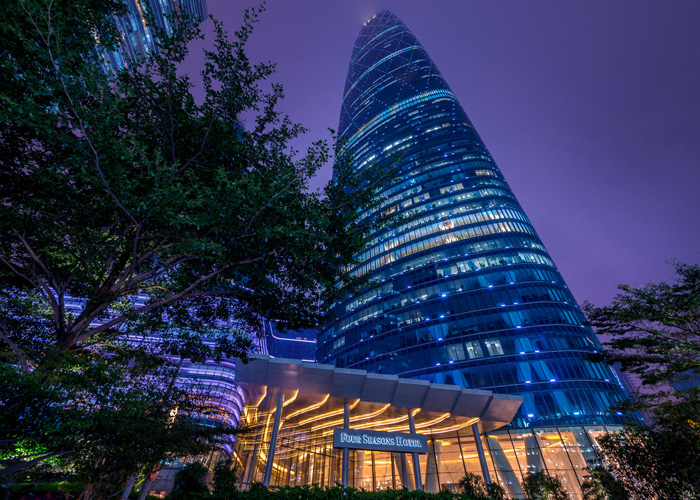 No, China cannot be only associated to Beijing, Shanghai as well as other Chinese walls. Although exceptionally wide, it ranges many other interesting sites to be discovered. Among these treasures Guangzhou, formerly called Canton, is no doubt one of the most fascinating cities in the country.

It is the cradle of Chinese gastronomy abroad, namely THE place where to nimble dim sums, bite-sized portions of food traditionally served in small steamer baskets or on small plates, throughout the day. In order to enjoy this unknown, yet tremendously pleasant city, the new Four Seasons hotel Guangzhou, turns out to be perfectly adequate. 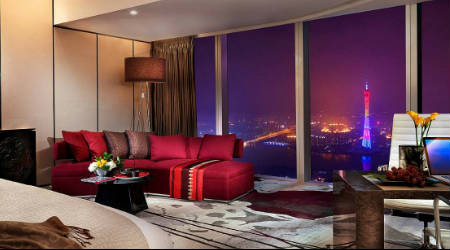 Opened last July, this establishment is the last-born child of the Four Seasons group and already competes with its forerunners. Located within one of the world’s tallest sky-scrapers, it was built by the London Wilkinson Eyre architects and now stands out as an icon of style in the sky. Each room has a wonderful view which is a privilege for customers to experience.

Rising up above the Pearl River New City near the Guangzhou Opera House, the Four Seasons enjoys a perfect location, between two major cultural axes in the third largest city in China. A carefully organized collection of paintings, engravings and sculptures by international artists enhances the elegant and modern decor due to Hirsch Bedner and Associates. Some pieces of art are rather uncanny. Belfrage’s glass sculptures or Yun Hee Toh’s canvases are a case in point. As a whole, visiting the hotel is a thrilling experience in itself.

But it is far from being it, for Canton teems with unexpected resources. True, tourism there is way less developed than in standard destinations such as Shanghai or Beijing. Yet, this is exactly what makes the city’s discovery far more surprising. And there is no being lazy, if you want to see it all. First stop : the Ancestral Temple of the Chen Family.

It was constructed in the XIXth century by one of the city’s most powerful merchant families, and then considered as a school, a place of worship and an assembly point all rolled up in one. The temple is an architectural marvel and now houses a wing of the Museum of Popular Art.

Not far away is Canton’s Orchid Garden. If you are fond of calm, rest and stillness this place is meant for you ! Wandering through flowers, drinking tea before water works, relishing the scent of orchids… Enjoy and relax. If you follow this motto, you are more likely to forget that this haven of peace is rooted in the midst of China’s megalopolis.
If keen on history, travelers can then edge towards the Guang Xiao Temple, one the oldest Buddhist temples in the world since it was erected by an Indian monk between 317 and 420.

And for nature lovers the Guangzhou landscapes are a real blast. As spectacular as the rest of the journey before-depicted. Indeed, with such a program how can one’s breath not be taken away ?