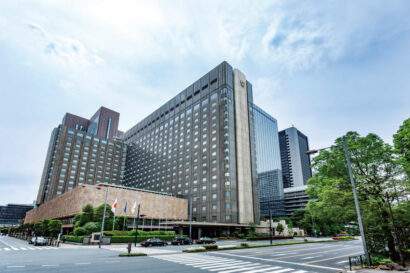 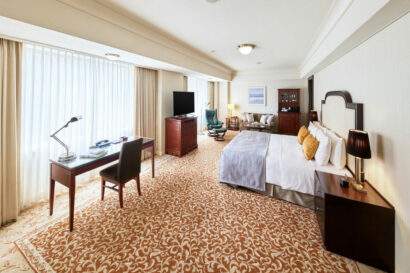 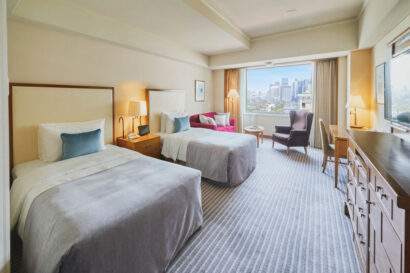 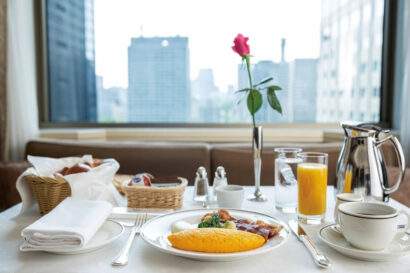 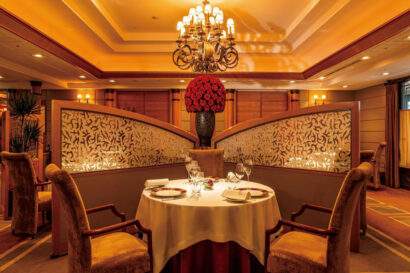 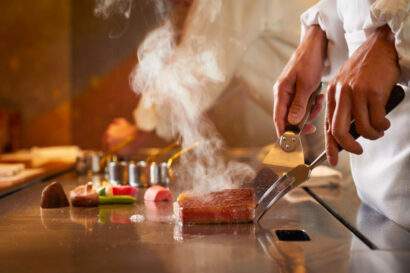 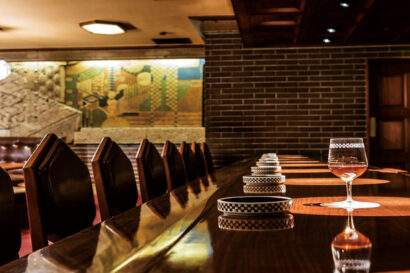 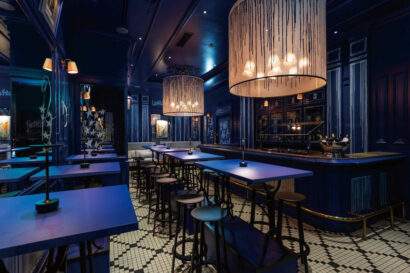 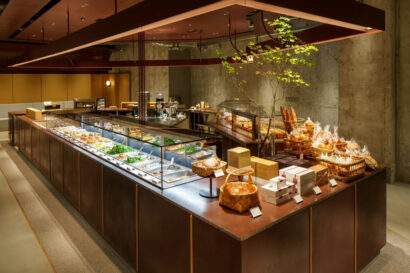 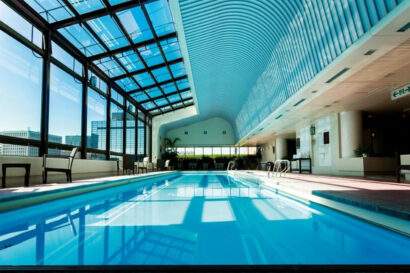 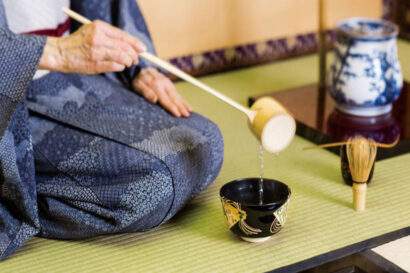 Founded in the year 1890 at the direction of the Imperial Palace, tokyo’s legendary Imperial Hotel boasts a history as colorful and dramatic as contemporaty Japan itself. From its very first days, the Imperial has introduced into Japan the very latest in Western technologies, culture and traditions of hospitality.

Imperial Hotel, Tokyo has had the distinct privilege and pleasure of welcoming numerous important Japanese and international guests to the capital since our opening November 3rd, 1890.

The Imperial Hotel is a short distance from the shopping and theater districts of Ginza and Marunouchi in the central Tokyo. Imperial Hotel’s proximity to major traffic hubs assures convenient access to popular areas in Tokyo.

Staff of Imperial Hotel, Tokyo are always at your disposal to show you what is enjoyable in Tokyo, such as shopping in Ginza ; watching Kabuki in the Kabuki-za theatre ; enjoying the fish market.

In 1923 we commissioned one of the West’s most controversial and innovative architects to design a fabulous one-of-a-kind hotel just for us. The dramatically talented Frank Lloyd Wright presented us with a lavish, unforgettable heritage of extraordinary style and indelible beauty, a rare salute to the aesthetics of art deco, elaborately carved oya stone, and the genius of America’s most creative architect.

Baby room in the Imperial Hotel has a gracious team of the highly-experienced certified staff members.
Several items for children are available for resistered guests such as children’s toilet seats, stools, diaper disposal bins, cups, slippers and toothbrushes.
Patronage of Les Saisons as our main dining is restricted to those over 10 years of age.

We are pleased to offer a diverse range of room types to suit varying numbers of guests and the purpose of their visit, whether that is celebrating a special day, or staying as a family.
Each one of our rooms provides state-of-the-art comfort and relaxation, perfect for private or business usage. Our premier Imperial Floors, the 14th, 15th and 16th floors of the Main Building, house many of our most refined guest rooms and sumptuous suites, with tranquil interiors by England’s famed Julian Reed.
• Number of suites: 27
•Number of Luxury rooms: 84 (rooms larger than 49sqm, except for suites)
• Number of rooms, (keys) in all: 570

For your reference, the Imperial Hotel, Tokyo offers breakfast coupons as one of the Amenities. The following 4 restaurants and room service serve breakfast. (1) Les Saisons (2) The Imperial Viking Sal (3) Parkside Diner (4) Tokyo Nadaman

Exclusively for our resident guests, a pool, sauna and fitness center are available featureing a useful variety of state-of-the-art exercise equipment.

Imperial Hotel has received countless honored guests throughout its more than 130-year, effortlessly providing impressive results as the venue for many important large-scale conventions from around the world. We have various banquet rooms, from small ones for 10 guests to large ballrooms with capacity for 3000 persons.

The Imperial offers tea-ceremony demonstrations in elegant tea-ceremony rooms.
Located on the 5th floor, the sound-proof Music Room is equiped with a Steinway grand piano for visiting musicians and singers, wishing to practice or rehearse.

• The highest luxury-class hotel in Japan for customer satisfaction in J.D. Power’s Japan Hotel guest Satisfaction Index Study in 2016
• Grand Prix of the Best hotel in Asia in Prix Villegiature in 2015