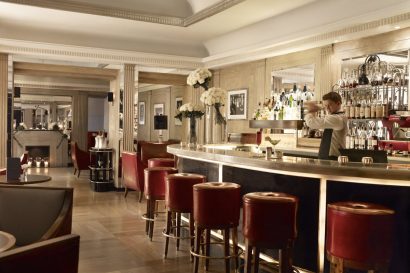 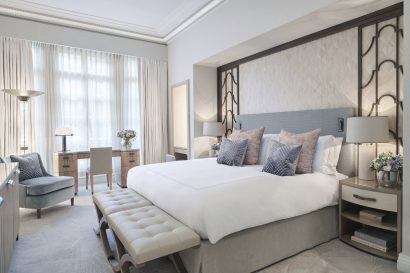 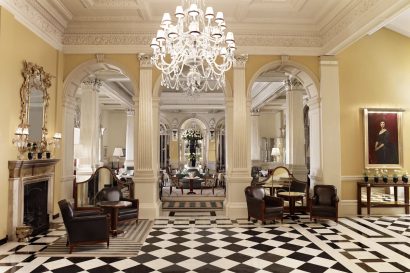 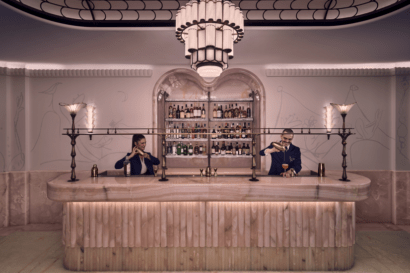 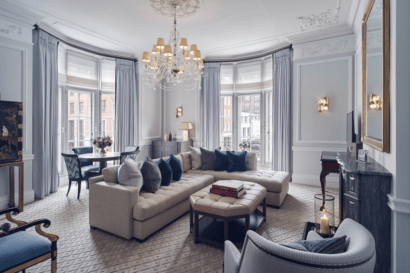 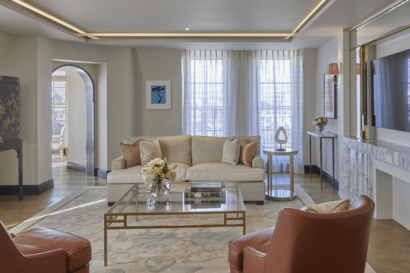 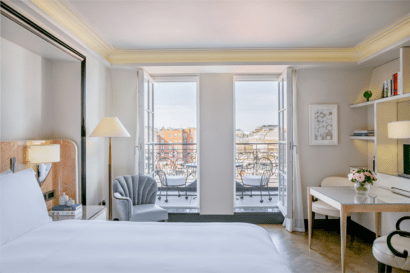 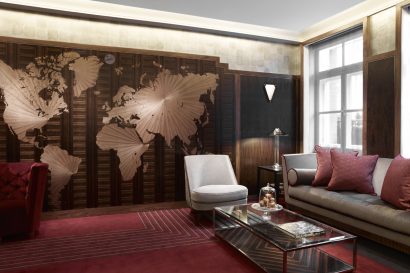 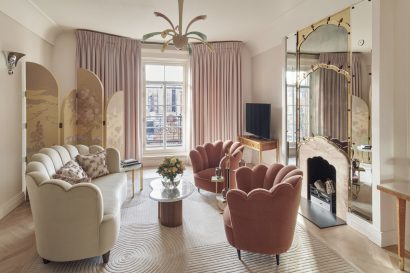 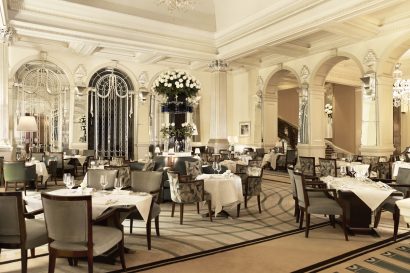 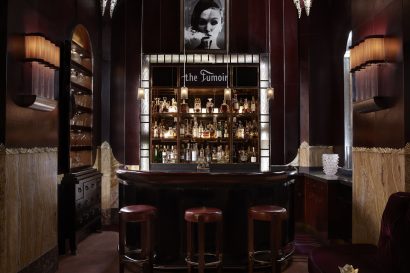 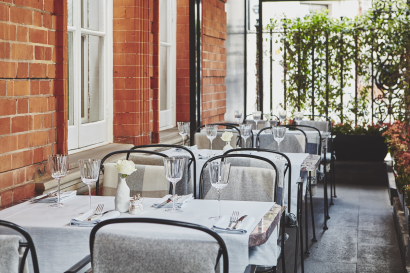 Claridge’s is the quintessential Mayfair hotel, brimming with art deco glamour. For more than a century, it has preserved its unique heritage with all the modern flourishes a guest could wish for, bound together by world-renowned service that is impeccable, intuitive and highly tailored.

Since first opening its doors Claridge’s has been the destination for fashionable London. Bought in 1854 by Mr and Mrs William Claridge, the hotel received the ultimate accolade in 1860 when Queen Victoria visited Claridge’s to see her friend Empress Eugenie of France. This was the beginning of a tradition of royal visits, which continues to this day. Claridge’s has even been called the annex to Buckingham Palace, as foreign heads of state, invited to dine at the Palace during official state visits, return hospitality by hosting a banquet at the hotel. Today Claridge’s is full of life and laughter. Graced by an international and discerning clientèle who appreciate Claridge’s heritage and beauty, its extraordinarily high standards of service and, perhaps most important of all in today’s publicity crazed society, its discretion.

On 17th July 1945 Winston Churchill declared Suite 212 Yugoslavian territory for a day and a clod of Yugoslavian earth was laid under the bed, so that Crown Prince Alexander II could be born on his own country’s soil.

Each of the rooms, at Claridge’s lives up to and sustains the reputation of this magnificent hotel. Individually crafted by world-famous interior designers, including Viscount Linley, Guy Oliver and Diane von Furstenberg, they are an enviable collection of highly individual spaces that offer impeccable surroundings to suit all tastes. Each has unique character with specially commissioned furniture, marble bathrooms, exceptionally comfortable beds and furnishings, and all the state-of-the-art technology you could possibly need.

The Fumoir
The quintessential hidden gem, The Fumoir is a treasure chest of liquid history; a bar where eradefining cocktails are twisted, forgotten classics are reconstructed and new passions are ignited. Perfect for a post-show gossip, pre-dinner aperitif or intimate nightcap, it’s a precious secret, cherished by those in the know.

The Claridge’s Bar
The Claridge’s Bar serves an impeccable selection of rare and exceptional drinks. From the finest vintage champagnes to sought-after spirits and wines, this connoisseur’s collection represents the best of their kind. Our knowledgeable staff source, prepare and serve the drinks straight up, or as cocktails expertly created within the effortlessly elegant setting of David Collins’ stunning interior.

The Painter’s Room
An ode to the artistic haunts of Provence and Italy, The Painter’s Room is a stylish, art deco hideaway. Cocktails here are light and local – with a focus on British, French and Italian producers. Designed by BOS Studio, the bar’s pared-back palette is complemented by thoughtful nods to the hotel’s heritage. Gently reflecting the light from the rose-framed skylight, the striking centrepiece is an intricate stained-glass mirror, created by London-based artist Annie Morris.

Claridge’s Wine Cellar
Dedicated to the art of viniculture, Claridge’s Wine Cellar is an exquisite expression of craft. Step inside our dedicated store to sample an eclectic collection of rare vintages, select a bottle to enjoy in your suite, or take home the perfect dinner party pairing. This beautifully created space is designed to stoke curiosity, and showcase an extraordinary variety of more than 1000 wines and champagnes.

Our Health Club & Spa offers a tranquil and peaceful environment with stunning views to match.

From board meetings and business conferences to the most glittering A-list parties, Claridge’s prestigious event spaces are designed to suit all manner of celebrations, and all have been recently refurbished to their former glory. Whether it’s the lavish 1930s Ballroom, elegant French Salon or a discreet private meeting room – the atmosphere of Claridge’s makes any event an outstanding experience.

• Designed expressly to meet the needs of global business travellers, the Claridge’s Map Room is the perfect bolt-hole in which to think, read, relax and be inspired.

Claridge’s supreme service and style have won the hotel a series of prestigious international awards. Here are some of our most recent.

2021
• Michelin Guide: Davies and Brook is awarded a Michelin Star