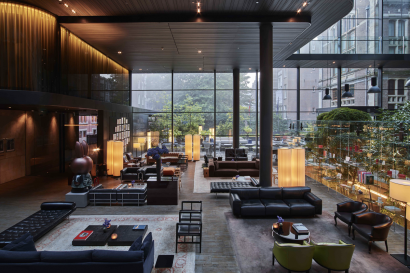 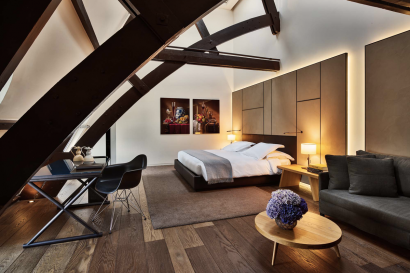 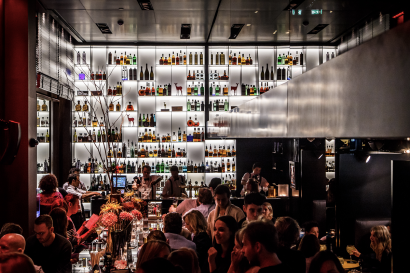 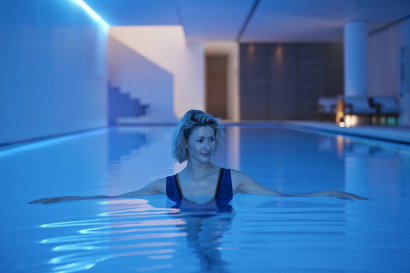 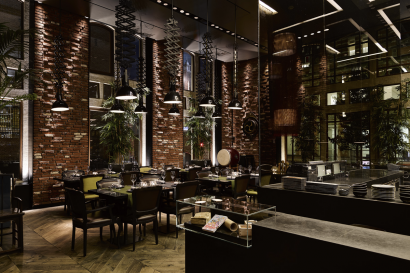 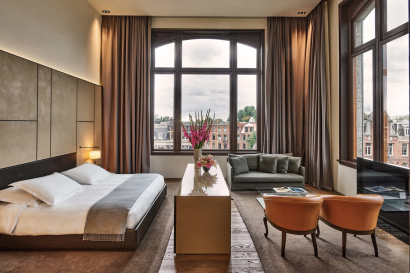 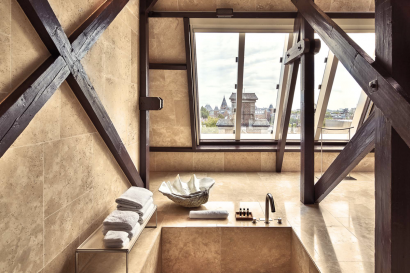 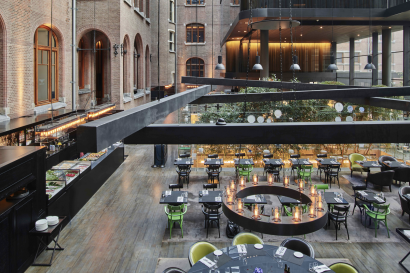 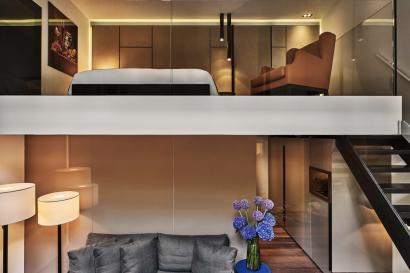 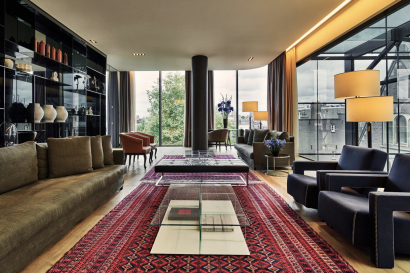 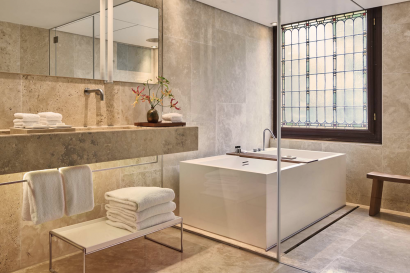 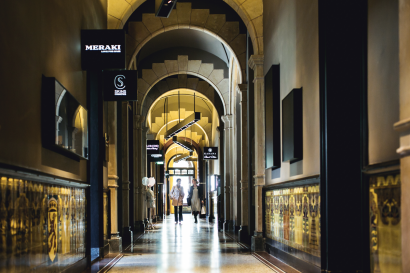 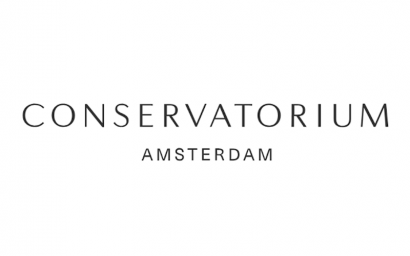 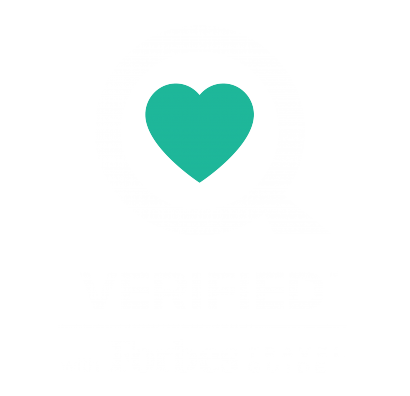 Opened in 2011 as Conservatorium Hotel, the building’s history dates back to the 13th century.

Over 20 years of experience in the luxury hotel industry for international brands such as, Intercontinental, Hyatt, and Crowne Plaza in the UK, the Netherlands and Middle East.

The Conservatorium hotel building was originally designed by the Dutch architect Daniel Knuttel as the Rijkspostspaarbank, the national saving bank, and sparked the regeneration of the Museum Quarter at the end of the 19th century (1897).

When the Rijkspostspaarbank had to move offices following a series of merges, the building was abandoned in 1978. After lying empty for five years, it became the home of the newly formed Sweelinck Conservatorium, consisting of three musical institutes. Some remodelling was required to modernise Daniel Knuttel’s architecture into functional acoustic classrooms.

In April 2008 the Conservatorium of Amsterdam outgrew its home and departed to its current location at Oosterdokseiland. In 2008, The Set purchased this wonderful building, attracted by its glorious past. In a vision to restore its former beauty, award winning Milan-based designer Piero Lissoni guided the creation of the hotel whose rich historical narrative is woven with utmost care.

Between 2008 and 2011, the entire building has been transformed under the guidance of designer Piero Lissoni. He also created the glass-atrium, an architectural masterpiece.

Known for his austere lines, demure fabrics and shades of grey with occasional bright accents, Lissoni is considered one of the most prominent and exciting contemporary Italian designers and architects. His clean designs are a hybrid of modernist and contemporary chic and contrast playfully with natural daylight throughout the building’s spaces. Furniture from leading Italian manufactures such as Living Divani, Kartell and Cassina sit prominently in all communal spaces while accent pieces such as vintage Asian rugs provide a sense of familiar comfort and cement the Conservatorium as one of the best designed hotels in Amsterdam.

This luxury hotel in Amsterdam has repeatedly been crowned the number one luxury hotel in the Netherlands. Located in the Museum Square district, the true heart of the city, the Conservatorium is an architectural masterpiece that combines a landmark heritage building with graceful, contemporary design. Guests enjoy a selection of restaurants, a bar, lounge and 1,000 sq m Akasha Holistic Wellbeing. In this vibrant and elegant setting, the city’s crown jewels – the Van Gogh Museum, Concertgebouw, Rijksmuseum, Vondelpark  and Amsterdam’s most indulgent shopping – are literally at your doorstep. For culture and for business, it’s a location like no other.

Our exceptional address means you can be at the Stedelijk Museum before you can pronounce its name: Their grand entrance is just across from ours. And around the corner? The Van Gogh. In fact, this city’s crown jewels – the Concertgebouw, Rijksmuseum, Vondelpark  and Amsterdam’s most indulgent shopping – are literally at your doorstep. For culture and for business, it’s a location like no other. Add to that a neighbour like Van Gogh, and you can look forward to a colourful stay.

Our guest rooms are the epitome of contemporary luxury, combining the best in modern comforts and technology. Each gives you the most comfortable and peaceful space with thoughtful details and services, creating the perfect retreat for your visit to Amsterdam.

Experience exquisite luxury in the most beautiful hotel suites in Amsterdam. Our collection of suites embodies Dutch style and design, with sumptuous king-size beds and unique and thoughtful features to make your stay exceptional.

Taiko is Schilo Van Coevorden’s leading award-winning Asian-inspired eatery and one of the finest hotel restaurants in Amsterdam. A chef at the height of his creativity, Schilo is not content simply to seduce. Beauty, flavour, aroma and texture are the instruments he uses to enchant every sense.

At Taiko Bar, everything revolves around three elements: Asian flavours, international luxury and local roots. Taiko Bar boasts a bar menu in which authentic drinks and spirits play an important role in creating the extensive selection of Asian-inspired cocktails. The « Taiko style Saketini », served as a Japanese Highball, is one drink in particular that shows how the bartenders are real masters of mixology. With seventeen completely new cocktail creations with intriguing names such as So Long Ken Jeong, Lost in Translation, Kho San Road and Hatsumomo, the Taiko Bar team have developed an eccentric cocktail menu which can be seen as an exploration of some of the best ingredients grown in the Asian continent.

The Conservatorium’s Brasserie and Lounge are located in a beautiful internal glass courtyard which has spectacular floor-to-ceiling windows.

Our Brasserie and Lounge offer contemporary dining, including salads, sandwiches as well as an Afternoon Tea.

The in-house Van Baerle shopping gallery at the Conservatorium features a hair salon and luxury stores that sell an eclectic mix of products, ranging from jewellery and designer clothing to cosmetics and cigars. The hotel is also well placed to reach the boutiques and stores in the fashion district of P.C. Hooftstraat and beyond that. While this is the historic cultural district of Amsterdam, a wide range of restaurants, bars and clubs are all within walking distance.