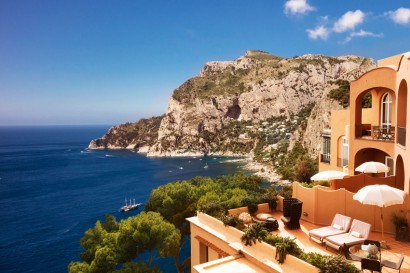 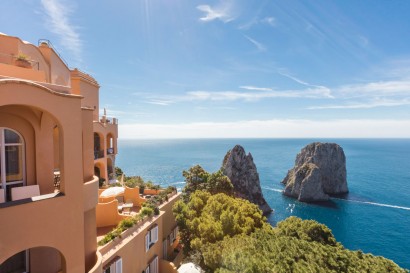 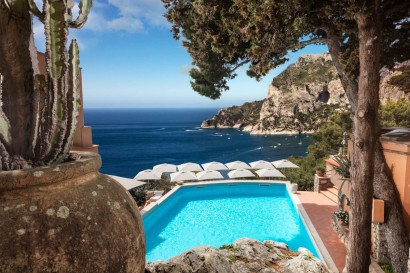 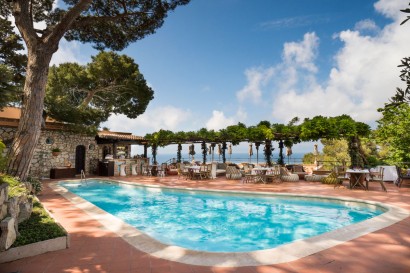 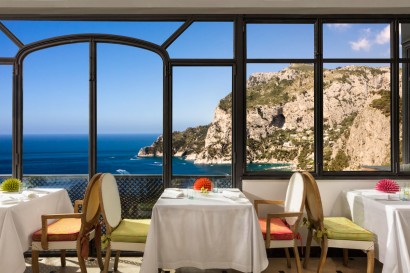 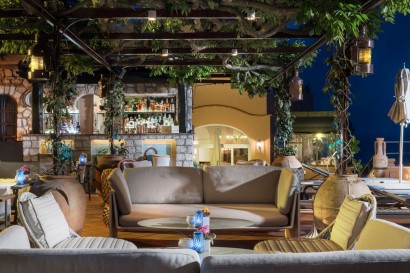 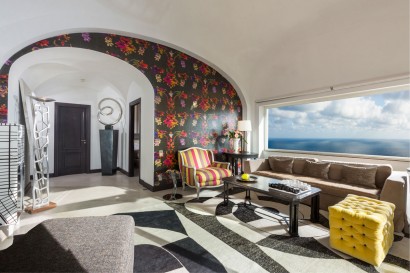 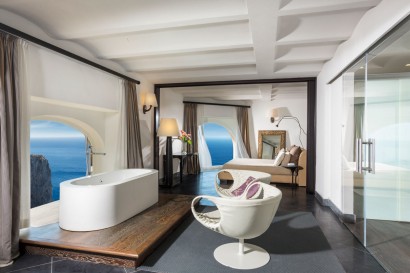 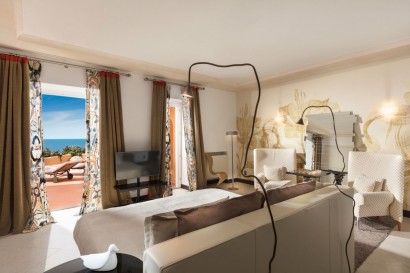 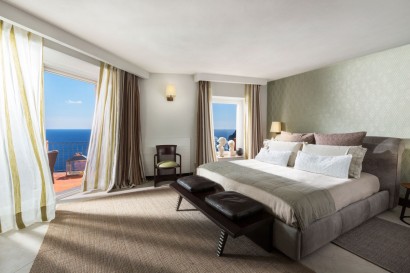 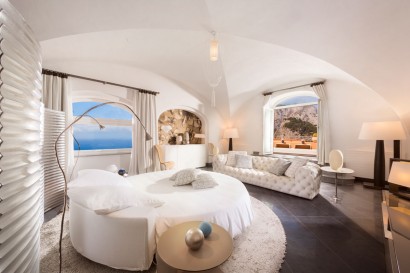 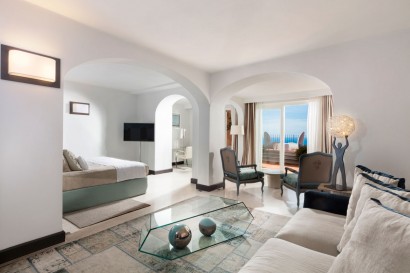 In Roman times Punta Tragara has been chosen by Emperor Tiberio to be the setting of one of his spectacular Villas which characterized the most suggestive and panoramic spot on the isle of Capri. In the second decade of last century Eng. Vismara built a Villa in the same place on a project of the world famous architect Le Corbusier, whose intentions were for it to be “a refuge born out of rocks where the body, the heart and mind can find shelter”. Before World War II, the Vismara of Milan sold the Villa to Marquis Raggio of Genova, who gave famous parties and concerts in the villa’s music hall. During the last World War it was the Head Quarter of the XV flight of the United States Airforce. It was here that Eisenhower met General Clark to decide on the strategy for the assault at Montecassino. In 1973 Eng. Count Goffredo Manfredi led the restoration of the villa which was transformed into a hotel.

Location (view and quit) Service (quality and attitude of the staff)

Natural Arch – to reach from the hotel 20 minutes walking

The hotel is not really suitable for the little children, we suggest a minimum age of 12