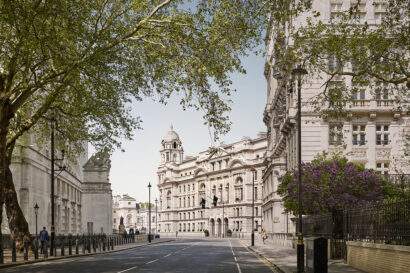 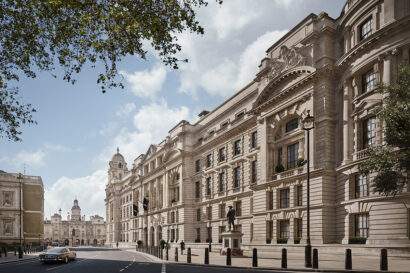 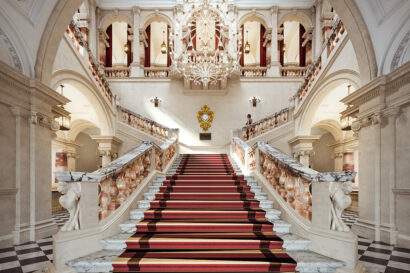 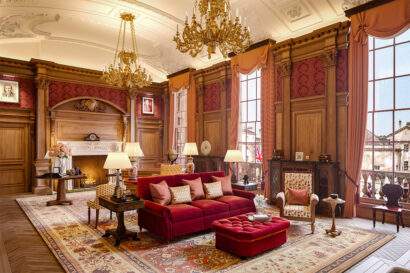 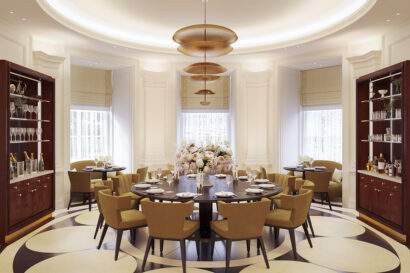 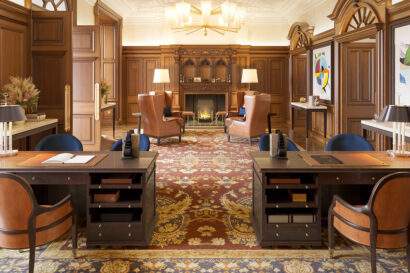 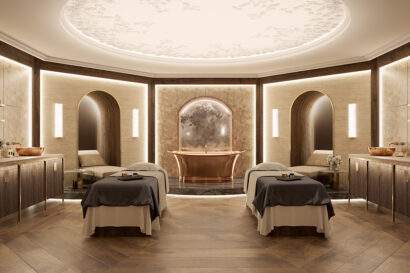 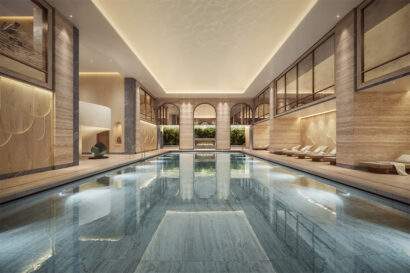 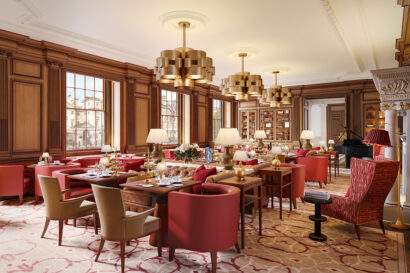 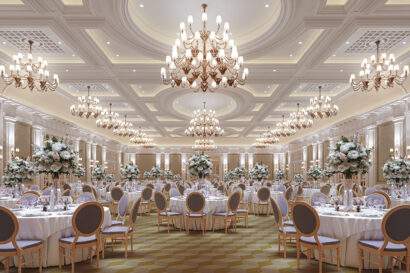 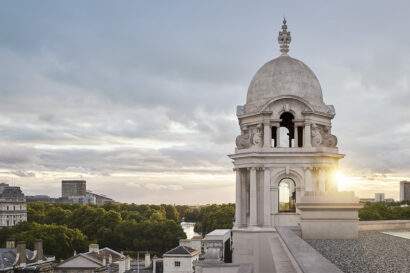 Raffles London at the OWO

Philippe Leboeuf
Leboeuf has more than 25 years’ senior management experience in the luxury hotel industry. He joins Mandarin Oriental Hotel Group from Claridge’s in London where he held the position of general manager since 2007. From 1995 to 2001, he was managing director of the Crillon hotel in Paris, and then became executive vice-president of Crillon’s parent company, Group des Hotels Concorde.

Raffles London at the OWO

The Old War Office, known today as The OWO, is a grand Edwardian building brimming with history. Built in Edwardian Baroque style. This extraordinary building stands in an unparalleled location at the nexus of government administration and the historic centre of the United Kingdom. It is one of London’s most historically significant addresses on Whitehall, and where the UK’s first Raffles hotel is now situated.

This grade II* listed building has stood witness to many world-shaping events over the last 120 years and has been home to military leaders and famous statesmen from Lord Haldane to Sir Winston Churchill. Grand in both size and stature, the interior proportions reflect classic Edwardian architecture. No suite or room is the same and all have a story to tell, with the suites situated in the building’s most important rooms.

Britain’s historic Old War Office was once inhabited by Britain’s most famous statesmen and spies, from Lord Haldane to Winston Churchill to Granville (Churchill’s favourite spy). Novelist Ian Fleming, creator of James Bond, took inspiration from the building for his stories. In fact, many of the subsequent Bond movies had scenes filmed in the building.
Today, this Grade II* listed Old War Office has been cherished and restored by literally thousands of expert craftsmen and women and transformed into Raffles first London hotel. The lofty scale and soaring ceiling heights lend it a grandeur rarely seen in hotels.

Horse Guards, Horse Guards Clock and The Household Cavalry Museum: It was built in the mid-18th century, replacing an earlier building, as a barracks and stables for the Household Cavalry. It was, between the early 18th century and 1858, the main military headquarters for the British Empire. Horse Guards originally formed the entrance to the Palace of Whitehall and later St James’s Palace; for that reason it is still ceremonially defended by the King’s Life Guard.
The Household Cavalry Museum next door celebrates the history and accomplishments of The Household Cavalry and offers a unique ‘behind the scenes’ look at the work that goes into the ceremonial and armoured reconnaissance role of HM The King’s Mounted Bodyguard.
Churchill War Rooms: This underground lair, just around the corner from Raffles London and 10 Downing Street, is where Churchill spent endless hours plotting Allied victory during the Second World War
Bukingham Palace: Buckingham Palace is recognised around the world as the home of the monarch, the focus of national and royal celebrations, as well as the backdrop to the regular Changing the Guard ceremony.
St James’s Park: Walk through St James’ Park, arguably the most beautiful of the eight Royal parks in and around the capital. With a lake positioned just in front of Raffles London at The OWO 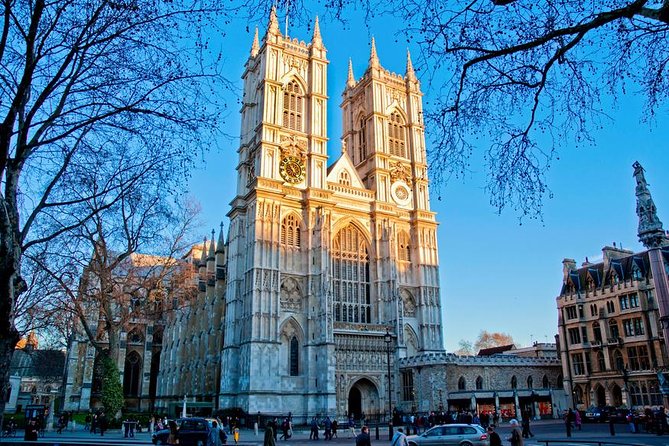 The Palace of Westminster, Westminster Abbey and St Margaret’s Church:
Trafalgar Square: is the public square three minutes’ walk from The OWO, laid out in the early 19th century around the area formerly known as Charing Cross.
West End Theatreland: London’s answer to New York’s Broadway cuts across a swathe of the West End of the city in Covent Garden, Soho, and Piccadilly. From Shakespeare to contemporary comedies and dramas like Hamilton, as well as countless famous musicals of old and many new, London’s West End has it all. Who doesn’t want to feel the infectious glee of musical theatre choreography and the excitement of curtain calls.
National Gallery: Set in London’s busiest open space, Trafalgar Square, this is the grandmother of galleries with more than 2,300 paintings spanning the 13th to the 19th centuries: Heavyweights include Van Gogh’s Sunflowers, Velazquez’s Rokeby Venus, and Constable’s six-foot long The Hay Wain. It gets packed at weekends, but its so large that you can usually find a quiet corner. You can download an audio tour covering the museum’s highlights, but you can also curate your own by selecting the paintings you want to see before you arrive.
Historical Bespoke Shopping:
St James’, otherwise known as ‘London’s Royal Village’, has entertained both Royalty and the gentry for hundreds of years and exploring this historic neighbourhood is a delight.
St James’ is home to some of the most exclusive shops in town and the much coveted Royal Warrants, granted by the most senior members of the Royal Family, are proudly on display outside many of them. We will walk past where King Charles buys his shoes.

The hotel stands on the corner of Whitehall and Horse Guards Avenue. Whitehall, the most majestic of thoroughfares, takes its name from the royal palace which once stood here and was the London home of King Henry VIII. The present-day King’s Life Guards stand guard opposite the hotel every day. We are walking distance to Wesminster, 10 Downing St, Buckingham Palace, St. James’s Park, St. James’s shopping, Fortunm and Mason (London’s oldest department store)

When Ian Fleming was working for Britain’s Naval Intelligence Service, he was inspired to write the Bond novels, and his brother was then also working in The Old War Office. During World War 2 a Life Guard (Menzies – James Bond’s “M”) was “Churchill’s Spymaster”. Ian Fleming, creator of James Bond, worked for “M” and is believed to have based Bond on a Royal Horse Guard (Smiley) who later commanded Queen Elizabeth II’s Coronation Procession

The Old War Office was first shown in a Bond movie in 1983 – and the last time in 2015. Though this time Bond doesn’t head to the office, but rather escapes from it: at the end of Spectre, he and Madeleine Swann drive off in an old Aston Martin. The building has stints as the MI6 base in the following movies: Octopussy (1983), A View to a Kill (1985), Licence to Kill (1989), Skyfall (2012) – the ending in which Daniel Craig looks wistfully over London’s skyline next to the turret of the War Office, Spectre (2015)

There will be a fun program in place with amenities, more to come on this.

There are to be 9 restaurants and 3 bars in total within The OWO. So far, we have announced three exclusive dining venues by acclaimed chef Mauro Colagreco which will be within Raffles. There are more exciting announcements (under wraps for now) to come!

And for glamourous weddings, history-making state dinners, larger-than-life business events and launches, Raffles London is the most exciting premier destination for the city’s most important occasions – intimate or grand. With access to the Whitehall Ballroom via the exceptional grand marbled staircase, this stunning ballroom has seating for up to 600 people and is complemented by extensive pre-function space and six additional meeting rooms, making Raffles London a spectacular and versatile stage for the most dazzling of celebrations.