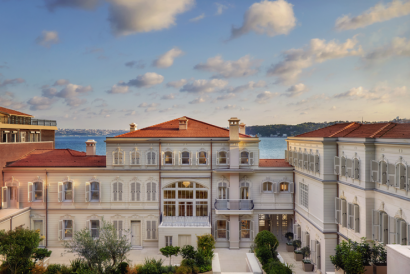 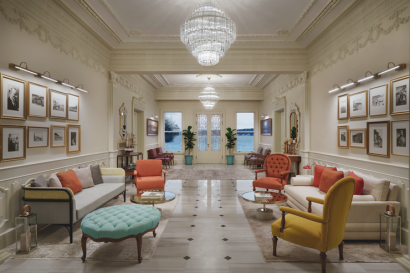 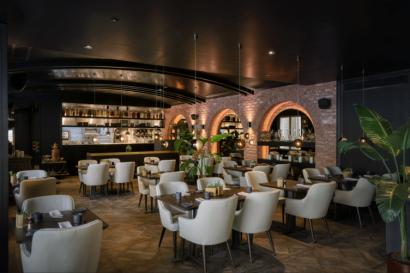 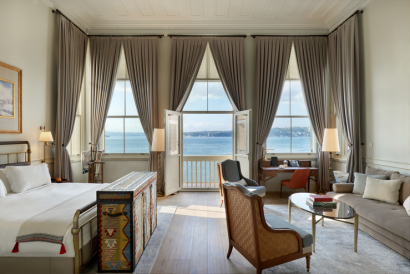 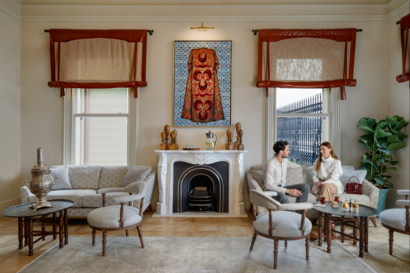 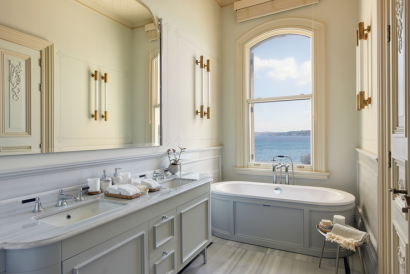 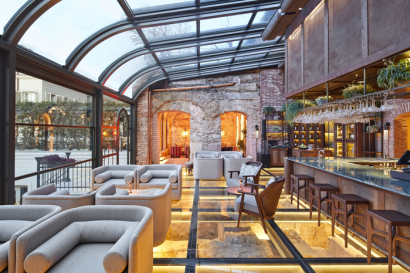 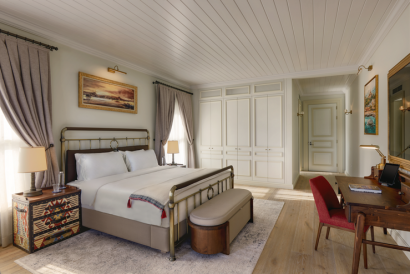 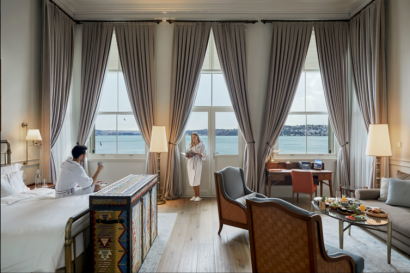 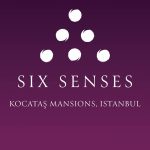 Six Senses Kocataş Mansions, Istanbul which also incorporates next-door Sait Paşa Mansion, is located in the prosperous Sarıyer district of Istanbul’s European side, famous for its “Pearls of Bosphorus” waterfront properties. The urban resort recreates historic architectural features and artifacts from the site’s former 19th century Kocataş Mansions, which were devastated in a fire years ago, paying homage to its original footprint. The former mansion was owned by and named after Ottoman Minister of Justice Necmettin Molla Kocataş, owner of Kocataş Water. Indeed, just behind is a 2.5-hectare community known for its pure spring water.
The site enjoys far-reaching views over the Bosphorus as it begins its last curve towards the Black Sea. This iconic Strait has been sailed since the Roman-era and today marks one of the world’s most strategic waterways, separating Europe and Asia. The 19th century Kocataş Mansion was purchased and restored by N. M. Kocataş in 1928, the mansion was home to many historic figures. On July 31, 1930, Turkish leader Atatürk visited the Kocataş Mansion where a special dinner was held in his honor. Before long, a crowd of Sarıyer locals gathered front of the mansion to cheer their leader just as he was dining. Atatürk went out to the terrace to acknowledge the cheering crowds, delivering one of his most iconic quotes to date, “To see me does not necessarily mean to see my face.
To understand my thoughts is to have seen me.” Notably, the mansion has been the setting for a number of Turkish-language blockbuster movies. The list of movies shot on set at the palace includes Vahşi Bir Kız Sevdim (1972), Elif ile Seydo (1972), Kahpe Tuzağı (1972), Gönül Oyunu (1972), Kara Haydar (1973), İki Süngü Arasında (1973), Beyaz Kurt (1972), Büyük Bela (1972), Yaralı Kurt (1973) just to name a few. Kocataş Mansion was rendered unusable after a fire ravaged the place in 1997 but was later restored with the modern touches of Six Senses and was thus brought back to life. Sait Paşa Mansion Sait Paşa Mansion is located right next to the Kocataş Mansion and was built by Mehmet Sait Paşa, who served as grand vizier for nine terms, seven times during the Abdulhamit the Second era and two times during the Second Constitutional Era. Sait Paşa Mansion was used as Sardinian Embassy and later Austrian Embassy. During that period, Alphonse de Lamartine was staying in the mansion as a guest. A devastating fire left Sait Paşa Mansion uninhabited at the beginning of 19th century. Six Senses restore the stately mansion with modern touches and bring back its original splendor.

Sarıyer. Right on the Bosphorus. Six Senses Kocatas Mansions, Istanbul is located in the most green, peaceful and quiet area of the Bosphorus with great access to attraction points of the city and it is the closest hotel to the new Istanbul Airport.

Six Senses Kocatas Mansions, Istanbul is located in the prestigious Sariyer district of the city’s European side. The extensive and beautifully-landscaped surrounds enjoy significant elevation to enable far-reaching views over the Bosphorus as it begins its last curve toward the Black Sea.

Kid’s Club in the Hotel. Sustainability Workshops also can be provided for children.

* We have been awarded the Best Architecture Design Hotel in Istanbul and the Best Luxury Hotel in Turkey 2021 by the globally prestigious Global Tourism Awards 2021.
* We are honored to be recognized as the Best Lifestyle Hotel in Turkey at the 2021 Haute Grandeur Global Excellence Awards