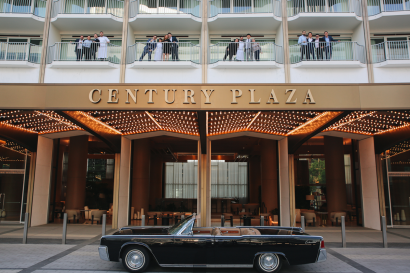 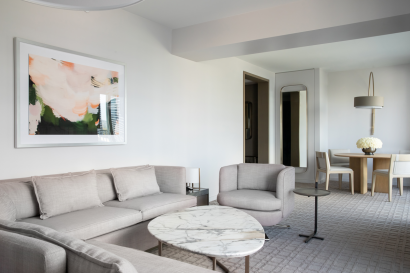 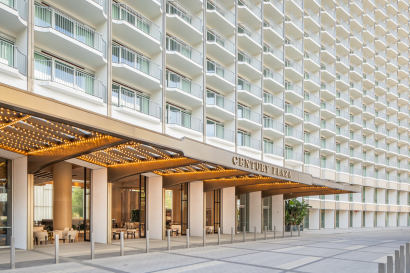 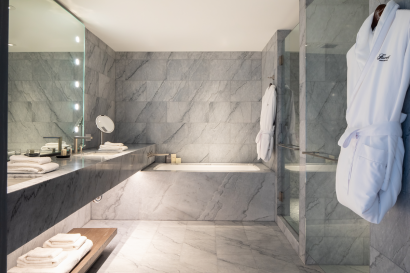 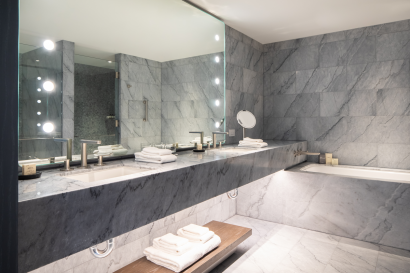 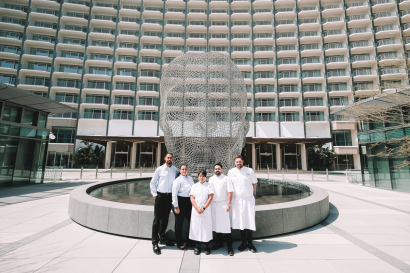 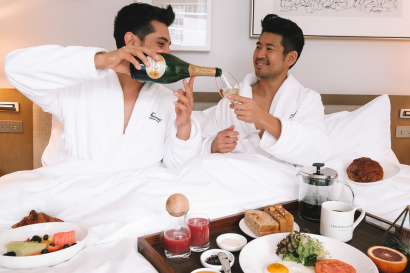 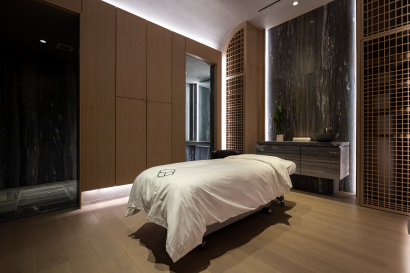 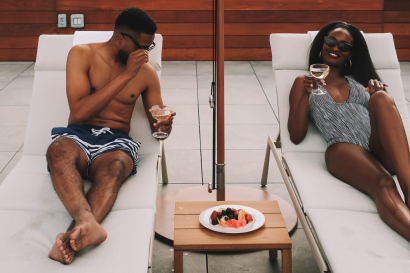 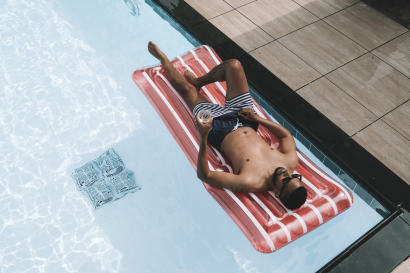 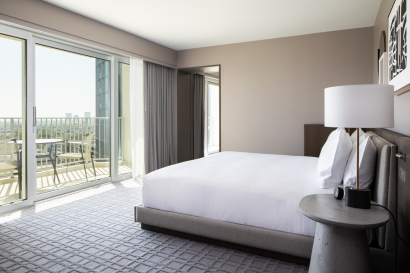 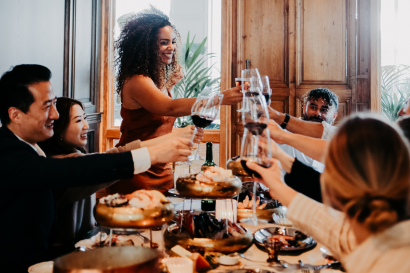 Philip Barnes : Throughout his career, Barnes has worked across five continents in some of the world’s most sought-after destinations. He joined Fairmont Century Plaza from his most recent position as Managing Director and Regional Vice President, The Savoy in London, A Fairmont Managed Hotel, where he was from 2016.Preceding his role at The Savoy, Barnes had held a number of positions over his 22 year career with Fairmont Hotels & Resorts, including, Regional Vice President Middle East, Regional Vice President Pacific Northwest & General Manager Fairmont Pacific Rim and various other Regional Vice President & General Manager roles in both Canada and the Middle East.Prior to joining Fairmont Hotels & Resorts, Barnes spent over ten years with Four Seasons Hotels and Resorts, including Director of Rooms at the Pierre in New York, General Manager of the Four Seasons Inn on the Park in Houston, Manager for the opening of the Four Seasons in Singapore, and General Manager of the Regent of Auckland. He also held the positions of EVP Operations and subsequently COO of Stamford Hotels & Resorts in Australia and New Zealand and had been General Manager of the Shangri-La in Singapore. Barnes’ experience includes openings, turnarounds and repositioning properties. He has been an active member of a range of tourism organizations, including being the co-founder of the Tourism Industry Partners Society, a charity established to support the financial needs of future generations of tourism professionals and schools. Phil studied for his Higher National Diploma in Hotel Management at Brighton Polytechnic College, UK, and in February 2019, Phil was made a Fellow of the Institute of Hospitality based in the UK.

The hotel will be guided by AAA 5-Diamond, and Forbes 5-Star Service principles.

Previously deemed the “Western White House,” (as the only venue outside the White House to host state dinners), Century Plaza’s place in history remains unshakeable. The modern architecture holds true to the original – by Minoru Yamasaki, a creator of sacred American institutions. In April 2009, the storied hotel was added to the list of National Trust for Historic Preservation, thus preserving the recognized red lit balconies and grand porte-cochere. While the modernization and elevated luxury is apparent from the moment you enter the drive, these treasured features tie the old in with the new, reminding us where we came from.

International design firm Yabu Pushelberg transformed the hotel’s design, embracing both its iconic history and modernity. The new Century Plaza returns with almost half the number of guestrooms it previously had, allowing for a larger, more luxurious footprint, with spacious marble bathrooms and a balcony for every in-house guest.

Fairmont Century Plaza is close to three Los Angeles area airports and the Downtown Los Angeles Convention Center. Area attractions include Westfield Century City, a world-class shopping area with outdoor dining, walkable plazas, and 200+ retailers. Bloomingdale’s, Nordstrom, and Macy’s are the shopping center’s flagship department stores, alongside a range of other retailers from luxury goods and name-brand fashions to high-tech devices and sporting equipment. Adjacent to the storied glamour of Beverly Hills, the Fairmont Century Plaza sits in direct proximity to the famous and infamous of Los Angeles, creating the perfect mix of business and iconic Hollywood glamour.

What could be more authentically LA than riding around in a 1960s Lincoln convertible? Available on a first come first serve basis, our guests have the opportunity to take in the California sun that is unique only to the Fairmont Century Plaza.

Children’s Scavenger hunt around town – by the hotel’s mascot Taylor the doorman Bear, a nod to the Califonria state animal, in-room games and special family experiences like Movie Night by In-Room Dining.

• Number of suites:
All 73 stunning suites feature private balconies with sweeping vistas of the surrounding Los Angeles neighborhoods, separate sleeping and entertainment areas that include a living room sofa that converts into a double bed, and innovative technology.

• Number of rooms, (keys) in all:
Fairmont Century Plaza will have 400 guestrooms and suites in total. Each room is luxuriously styled with an understated contemporary palette, punctuated by striking original works of art including landscape photography, sketches and abstract digital paintings. We will have experiences that are authentically local, service that is warm, friendly, thoughtful and engaging.

• The vision for Lumière is not that of “cute” small town brasserie, but rather to embody the soul of a bustling big city neighborhood like Saint-Germain-des-Pres. The service staff is high energy and very comfortable with all our offerings, confidently guiding our guests towards having a fun and memorable dining experience.
• The Bar at Century Plaza is designed to bring in fortune 500 CEO’s, top movie and music agents and the movers and shakers of the Los Angeles network. Partnering with local beverage brands and talent agencies toprogram quality live music and offerings exclusive to The Bar at Century Plaza.

• Fairmont Spa at Century Plaza is a 14,000 square-foot masterpiece with state-of-the-art facilities, experiential showers, a sanarium, a Himalayan salt room, an aromatherapy steam room, and a hammam. The spa will be home to world-renowned treatment concepts, innovative guest experiences, and a wide range of luxury products.
• Fairmont Spa Fitness Center operates 24 hours daily. We have a full line of equipment by Technogym, well as Peloton offering a variety of cycling, stretching, yoga and strength training classes in our studio or in the guest room. The three-zone fitness space is complimented by a movement studio with VOD (on demand) exercise classes and small group training. On site and remote nutritionists, personalized wellness, and virtual fitness classes programs will be offered for those who prefer to stay at home. Modalities such as infrared therapy, cryotherapy, and IV therapy will be available and there will be a continuous evolution of all wellness and modality offerings.
• A high point in the heart of the sprawling metropolis, the rooftop pool can show you everything Los Angeles has to offer with a complete sweeping 360 view of Los Angeles.

Fairmont Century Plaza, once and again the premiere events venue in Los Angeles, effortlessly combines its legacy with the Fairmont tradition of personalized service. From planning to execution, the Century Plaza lifts the standards of Los Angeles happenings to a whole new level, with top-tier restaurant level culinary, craft bar executions and luxury service across the 1,512 seat ballroom and 24,000 square feet of private event space.

• 14,00 square foot state-of-the-art Spa with globally recognized partners first to the LA market from cryotherapy to biohacking and everything in between
•The Pool, 360 views of the Los Angeles skyline exclusive to hotel guests
•Retractable window walls upon arrival to create an open air feel to the lobby/and The Bar at Century Plaza (lobby bar) with live music almost every night