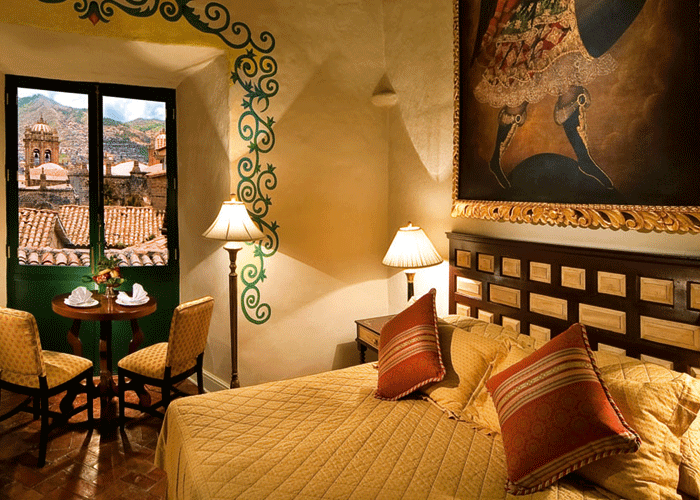 However, instead of following herds of tourists, why not try to climb further up, thus aiming at more originality ? 500 meters above this amazingly popular site is Cusco, the oldest city on the American continent and, mostly the highest. It’s hard to contemplate sleeping at an altitude of  3,000 meters. And yet, this idea becomes attractive and possible as soon as you know some establishments such as the Monasterio are provided with extra oxygen to curb potential breathing problems. 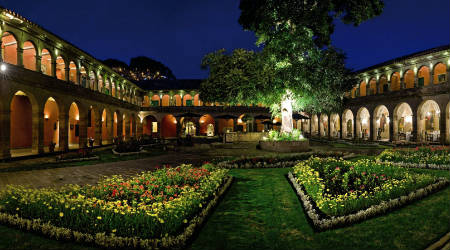 Belmond Hotel Monasterio looks like a monastery and yet is not one anymore. Originally erected on the site  of Amaru Qhala’s palace, this Inca “Mecca” was transformed into a seminary where Catholic priests could be educated. Wrecked by an earthquake in 1650, its façade was restored  in 1965, the same year it was reconverted into a charming hotel ; for its charms, indeed, are undeniable.

Soaked into history, the Monasterio’s architecture combines the Spanish colonial style with an Inca inheritance. The stones around the entrance doors still bear the Spanish Arms Escutcheon and the image of Bishop Monsignor Juan Serricolea y Olea. The chapel dates back to the Baroque period, and teems with illustrations in gold-plated frames. Sacred paintings are to be seen on every wall. Lastly, in the cloister stand a fountain and an 300-year cedar tree. Here’s for the general atmosphere. 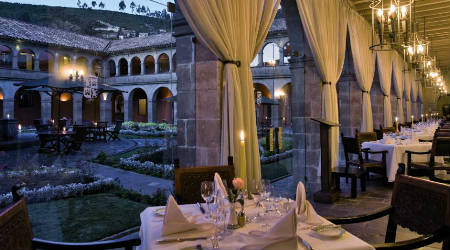 What about the rooms ? Formerly occupied by Jesuit missionaries, they all display a different atmosphere. Dominant material, wood prevails as the keeper of authenticity. Some customers with breathing difficulties had the rooms enriched with oxygen. Excellent initiative for it would be a sheer waste to miss the opportunity of staying in such a beautiful place as the Monasterio.

At this altitude, indeed, a simple walk turns out to be a real marathon. Nonetheless, bikes remain at the disposal of sensation-seekers. The reception advises to visit the Sacsayhuamán ruins rather than those of the Machu Picchu. Similarly, churches and cathedrals within Cusco are worthier of interest. 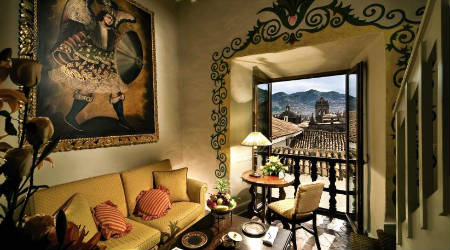 Wanna bite of Inca civilization ? Then go to Tupuay. Located within the former monastery’s refectory,  this refined restaurant happens to serve peruvian specialties namely at breakfast or dinner on Saturday nights.

Why act like everyone else, when you can stick out, while meeting your needs ? If you are looking for culture and adventure, the Machu Picchu is not your only option. It’s even a rather common one. Following the tracks of peruvian monks, is way more exciting ! Spiritual retreat, deserved vacation, cathartic exercizing… whatever you are seeking, the Monasterio is the starting point of it. Action and meditation, the perfect combo ! 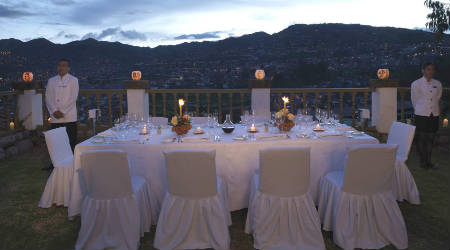 *Due to Orient-Express Hotels rebranding as Belmond, per their request we have amended their name in all our former publications.