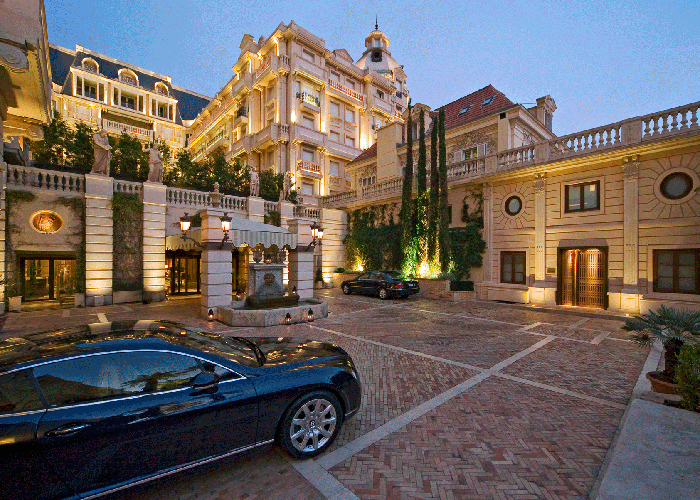 No bunco in Monaco

At least in the shows it hosts every year, the Formula One Grand Prix, the Tennis Masters Series, the International Jumping, Monaco invests quite a lot of money. As for grace, it lies in the core of this hectic atmosphere, in establishments such as the Métropole Monte-Carlo Palace. Built in 1886 by the company « Monte-Carlo Hotel Company Ltd » on one of Pope Leo XIII’s former plots of land, the hotel quickly became the number 1 destination of international stars and businessmen. In 2004 it transformed radically. A Mediterranean-like design took over the age-old Belle Époque style. Between cicadas singing and cars throbbing, silence dances.

What about the décor ? Hard core opponent in the hotel industry, the Métropole Monte-Carlo is noted for the balance it tends to. Though classical, the architecture yet turns out to be modern. A traditional inside, with stone pavements, ancient-like wall tapestries, and a rather simple outside, with rattan chairs, white sun umbrellas both combine in a warm atmosphere.

Monte-Carlo is not a particularly nice-looking city. However almost all the Metropole’s rooms overlook the city and the hotel’s avenue of cypresses. Some exceptions : the « Azur » and « presidential» suites, on the first and top floors, offer from two opposite spots an exceptional view over the Mediterranean Sea, the Casino’s gardens and the Monaco Grand Prix circuit. Also, all the way up is a room overhanging the backcountry. In any case, check out the panorama !

Fun, fun, fun ! With Just For You, an entertaining program relying on the palace’s address book. Thanks to many of its connections won over the years, the Métropole Monte-Carlo hotel provides a range of exclusive and complementary activities. A jet ski ride from Monaco up to the Italian border, then from Saint-Jean-Cap-Ferrat to the Bay of Angels in Nice ; a day aboard a yacht, sailing along the French Riviera, from Monaco to Cannes, and even up to Saint-Tropez ; your first flight in a helicopter or in the fighter jet Albatros L 39. It is every boy’s dream : get under the skin of a real Formula One pilot. And the dream occasionally comes true upon the Luc en Provence circuit. And in case you are extremely exhausted, there is always the Monte-Carlo Métropole ESPA, member of the « Leading Spas of the World », whose reputation is undeniable. 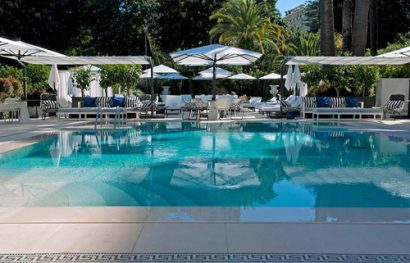 So, no bunco in Monaco where the Métropole Monte-Carlo goes solo. That’s how it earned the pole position in the hotel race. What would Grace think behind her Rear Window ?