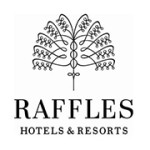 Raffles Hotels & Resorts is an award-winning, luxury international hotel company which currently has 10 luxurious properties, from secluded resorts to city hotels in key destinations around the world. The company is embarking on a new phase of expansion, with openings in – amongst other locations – Indonesia and Turkey, scheduled over the next two years.

1887
Raffles Hotel Singapore opens, offering 10 rooms in an old bungalow-style building overlooking the beach and the South China Sea. It soon becomes – and remains – the most fabled hotel in the Far East, with a guest list that reads like a Who’s Who

2012
Raffles celebrates its 125th anniversary across its hotels and resorts around the world. The year ends on a high note with the opening of Raffles Makati, Makati City’s first luxury hotel opening in 18 years.

2013 and beyond
Raffles opens its second property in China in September 2013. Raffles Hainan is located at Clearwater Bay, the new hotspot on the southeast coast of Hainan Island – China’s answer to the French Riviera and a rising star in the luxury tourism market. The group has ongoing plans for the opening of hotels and resorts in key cities including Jakarta and Istanbul.

so said W. Somerset Maugham, the famed playwright and novelist, who was a regular guest of Raffles Singapore.

He would be pleased to know that the tradition is alive and well at every Raffles hotel today. Raffles butlers are the living embodiment of bespoke service. From in-room registration on arrival, to packing those extra purchases skillfully on departure, nothing is impossible, and no job is too small, for a Raffles butler. Professionally trained, thoughtful and discreet, their aim is to make every guest’s stay as seamless and memorable as possible.

Raffles Spa embraces the philosophy of transformation which is embodied by the symbol of the lotus flower as it progresses from bud to blossom and bloom and pushes itself out of the water towards the sun. The Lotus flower represents healing, revelation, strength and purity. Each Raffles Spa will have a strong sense of place, with the journey intensified by the visual landscape through art and architecture, customized music, teas and foods that draw from the local ingredients and traditions and individual, authentic aromatherapy blends.